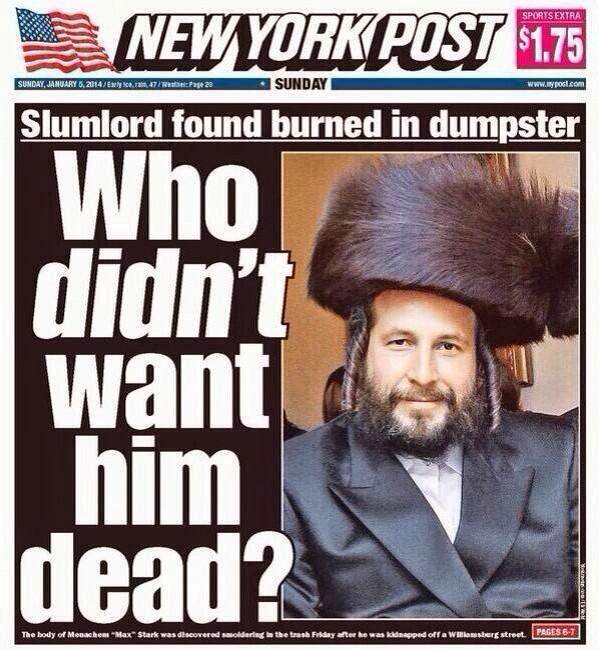 I relate to the story of Menachem Starks murder and character malignant by the New York Post on many levels.

I relate to his family who lost their father, husband and son. I too lost my 34 year old father to kidnap and murder when I was just a child and it is the most surreal, nightmarish experience one could go through.Though in my story my fathers body was missing, buried in a garage in Brooklyn for 19 years, and we were only able to have a grave and sit shiva 2 decades later….I still relate to the fear, the raw pain and shock and tears for what could’ve been.

I relate to the horror and shame of seeing unproven lies written about my father in newspapers and in books by Pulitzer Prize winning authors such as Jimmy Breslin whose book “The Good Rat” included my fathers story in a few short lines and was completely false. (See letter I wrote him here) I relate to the frustration of reading ignorant articles written by reporters who never bothered to do proper research and lazily labeled my father “Mafia Associate” when that label couldn’t be further from the truth. If only they took the time to really research the story they would discover a much more interesting “movie worthy” truth, but instead they chose the easy route.

Finally and on a completely opposite note… I relate to those who feel they were wronged by Menachem. I relate because it just so happens Satmar Hassids from Menachem Stark’s Williamsburg community were involved with my fathers murder and could’ve easily helped solve my fathers missing person case had they had the heart and soul to cooperate, instead they chose to deny everything until the truth miraculously found its way home. As “G-d” fearing as they were they didn’t count on G-d’s miraculous intervention.
Yet even though I have every reason to rejoice if the faces of those involved with my father’s murder were plastered on the cover of the Post with offensive titles, I don’t wish it upon them or their family. I don’t wish that they be kidnapped and burned. I don’t wish that the press print anything short of the truth. It is not our job to administer justice to those who do evil and even they deserve a fair trial. And on the same note no reporter worth his pen has the right to haphazardly murder someone’s character and legacy when the man is not even alive anymore to defend himself. Let them do a thorough investigation and only then is reporting the truth justified.

So you see I too relate to much of this sordid story on more levels than you can imagine and my heart truly goes out to the Stark family and their Satmar community as well as those who feel wronged.

The Stark family may not feel lucky at the moment but take it from me, having a grave and a strong supportive community backing you is really something to be grateful for. BD”E 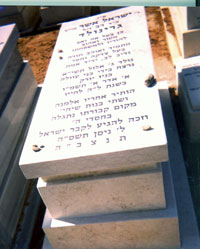