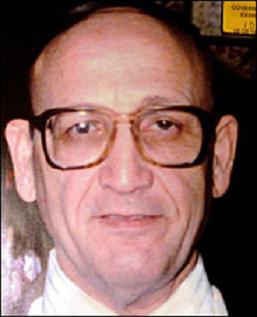 So I got word that this Wednesday (Sept. 27, 2006), Burt Kaplan will stand before Judge Weinstein, and the government will request a reduction in his sentencing because of his role as the star witness in the Mafia cops trial. How do I feel about this?

To me Kaplan was the one who ordered my father’s murder. If it were not for him, my father would be alive. Kaplan is the one who hired those cops, therefore he is as guilty, if not even more so, then them. Kaplan was the mastermind, and he kept quiet all these years and was able to live with himself, despite knowing that he killed a man with a family who needed answers and closure.Kaplan’s relationship to my father’s murder was different then all the others because he ordered the execution for himself and by himself, not for Anthony Casso like the other murders. My father’s murder was not a Mafia hit and my father was certainly not involved in ANY mafia dealings. Kaplan never met my father, he only heard that the FEDS were asking him questions and that he was being pressured to cooperate. Kaplan did not know for certain if he was cooperating or not. My father never even heard of Kaplan, nor did he know about Kaplan’s involvement in the bond schemes. Kaplan simply decided to get rid of him, the way you would an insect, for fear that if my father cooperated it would somehow all lead to him.

It’s true that his admittance to his crimes finally brought us closure, and for that we are grateful. He could have gone to his grave with this secret. But let’s not forget that he was the cause, and him admitting does not change what was done.

So what do I think about Kaplan now having the chance for freedom, spending his latter years with his family and grandchild?

I think it’s tragic, twisted and completely unjust. But I also understand that unfortunately our justice system is not always ‘just’ and this (as well as the cops verdict being thrown out) is a prime example of it. Kaplan was needed to convict those cops. And in the end he admitted to everything. The only thing left now for him to do is apologize to us and show remorse.

Without that he proves that he has no remorse and is exactly what he admitted to the world that he is…a cold blooded killer.