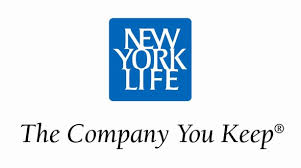 Israel Greenwald always made sure that he was insured. His number one concern was that if anything ever happened to him his family would be taken care of. In 1985 a New York Life agent (who eventually became a senior partner at New York Life and supposedly was fired as recently as last year), convinced him to open a life insurance policy with New York Life. Israel applied for a $850,000 policy, a large sum at the time. Israel passed his medical exam and set up an automatic payment plan, where the premiums would automatically be removed from his bank account, to pay for the policy. Israel was assured by this agent that he was approved and covered and should anything ever happen to him, his family will be financially taken care of.

Israel had a meeting scheduled the day he dissapeared with this agent to pick up the policy. When Israel did not show up to the meeting, the agent contacted Israel’s wife Leah and handed her the policy. (This was witnessed by Leah’s lawyer.) In addition, he asked her to write a check for the rest of the year’s premium’s made out to $1,800, which she did. (For some reason he had her write it out to him and not NYLife, but “Life Ins.” is clearly written in the memo section of check.)

A week later, after the check was cashed, the agent returned to Leah’s home and demanded the policy back, claiming that it was rejected. With all the chaos and confusion that was going on during this terrifying time, (It was during the first few weeks that Israel was missing) Leah mistakingly returned the policy, thinking that she had no other option.

Only later on when she did more research did she realize that the agent had no right to take back the policy once issued and that Israel should have been approved and covered the day he passed the medicals. It seemed as if the agent panicked when he realized Israel was missing, and quickly asked for a check from Leah, but when New York Life heard that Israel was missing they decided to not accept any payment on the policy so that it would be declined due to no payments. Records show that in April 1986, 2 months after Israel dissapeared, the policy was declined due to non-payment. Interestingly, Leah later discovered that Israel had set up automatic payments on the policy. So why did this agent ask for a check and why was it cashed.

In reality, New York Life could not have known that foul play had occured and that he indeed was murdered. It seemed as if they did not want to take any chances in paying out such a large policy.

Throughout the years Leah attempted to talk to New York Life and the agent about this disturbing situation. New York Life continues to insist that the policy was declined, but they never gave any explanation as to why.

Until today the matter has not been resolved. According to New York Life, the agent at first denied ever giving Leah a policy and taking a check and yet there is a cashed check made out to him with “Life Insurance” written on the memo.

Only time will tell if the truth about what took place in 1986 will ever come out. New York Life is siding with their agents side of the story which is denial, and admits that even if all this were true, the claim is barred by every applicable statute of limitations.

How can that agent and New York Life live with themselves knowing how badly they screwed a widow and two orphans? The single fact that the policy was canceled during that time (by NYLife refusing to accept payments) left Israel’s family uninsured. This is a tragedy considering that Israel, from a very young age, always made sure to be insured. There are records of many policies he had throughout the years from a young age and when he got approved for NY Life he felt confident enough to cancel all other policies, knowing he was no doubt covered. He had no way of knowing that the day he went to pick up the policy would be the day two NYPD cops would pull him over, falsly arrest him and lead him to his execution, then bury his body with the intention that it would never be found.

In the end the alleged shady dealings of this agent, who gave Israel the impression that he was approved and covered by NYLife, thus allowing him to cancel all other policies, and then allowed for NY Life to reject the policy after Israel went missing, left the family with no protection. The immense pain of losing a loved one in such a way, with no answers, no grave, would have been lessened if they did not have to struggle financially. If NY Life would have accepted the payments via check-o-matic or the check Leah wrote out, as they should have, then even if NY Life would have denied paying out the policy due to lack of evidence that Israel is dead, the family could have eventually collected 5-7 years later when a missing person is presumed dead and it is proven he died in Feb. 1986.

SHAME ON THAT AGENT AND NEW YORK LIFE for what they did to the Greenwald family!.